Get a Free SEO Consultation! We often get questions such as: “What states is weed legal in?” Unfortunately, the slow process of cannabis legalization has left a lot to be desired. Often, the customers suffer because they cannot differentiate between 420 friendly states and those that are not.

To make things even worse, there are differences between state and federal laws making everything that much more complicated. In this article, we will talk a bit more about states with recreational dispensaries and the least cannabis-friendly states.

Please stick with us!

The current legal status of hemp and marijuana

The legal status of hemp and marijuana changes almost daily. While hemp-derived products are looked at from a favorable perspective, there are a lot of questions regarding recreational cannabis.

A lot of places within the US are not considered 420 friendly states. Furthermore, you might get persecuted to the fullest extent if you are to use recreational cannabis within these regions.

To avoid any potential trouble, it is always better to get acquainted with the local laws, especially if you want to use marijuana.

Most people will buy hemp and cannabis online, but there are also a lot of states with recreational dispensaries, which should cut you a lot of trouble.

Also read: Do You Need a License to Sell CBD?

If you love smoking weed, these are some of the states with the best recreational marijuana laws:

As you probably know, California and Colorado are world-renowned for their lenient marijuana policies, while Nevada and Alaska are trailing not far behind them.

These are definitely the best 420 friendly states if you’re into recreational marijuana tourism.

The worst states for cannabis users

If Colorado and California are the best marijuana legal states, these are the worst places to get caught with recreational cannabis:

In the last few years, most of these states did nothing to reduce punishment and persecution for cannabis users.

While most other American states made significant changes, these regions did nothing to facilitate marijuana growing and sales. Instead, they have rigorous policies and are willing to implement them at all costs.

States where you can smoke marijuana

We previously mentioned some of the states with the best marijuana laws and regulations. But, they are not the only places where you can buy and consume recreational cannabis.

Here are all the states where the substance is entirely legal:

The majority of states are somewhere in between. For example, they might be in the process of legalization, or cannabis might be legal in certain parts and illegal in others.

Perhaps the main distinction is how they treat medicinal hemp and cannabis. While medical substances might be legal in these parts, the same cannot be said for recreational cannabis.

Anyway, if you live in any of these states or are just visiting, we suggest that you learn more about the local laws. That way, you can evade any potential issues down the line.

These states are focused on medicinal hemp. You can use this category of products, but you cannot use anything else, and especially, you cannot use recreational marijuana.

Keep in mind that these states are not completely penalty-free; in some of them, you might still get persecuted for using cannabis items but with a reduced penalty.

States where you can only use CBD:

States where you get reduced penalties

Based on everything we mentioned in this article, you need to be very careful when buying CBD or recreational marijuana.

CBD laws are generally more lenient, and this substance is legal in most American states. However, this isn’t the case with recreational cannabis.

In fact, you can still get into a lot of trouble if you’re caught with weed if you’re not in some of the 420 friendly states. So, all in all, this article should serve as a good starting point whether you intend to use recreational marijuana or CBD. 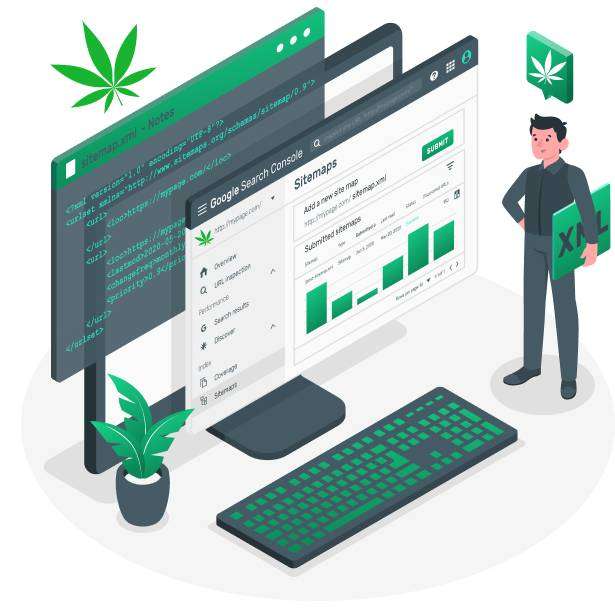 Do you want more traffic and sales?

We are determined to make your business grow! Fill in the sign-up form and book a FREE SEO consultation with us.

Wondering why your current traffic doesn’t sell your products? Get FREE keyword research and find out today! 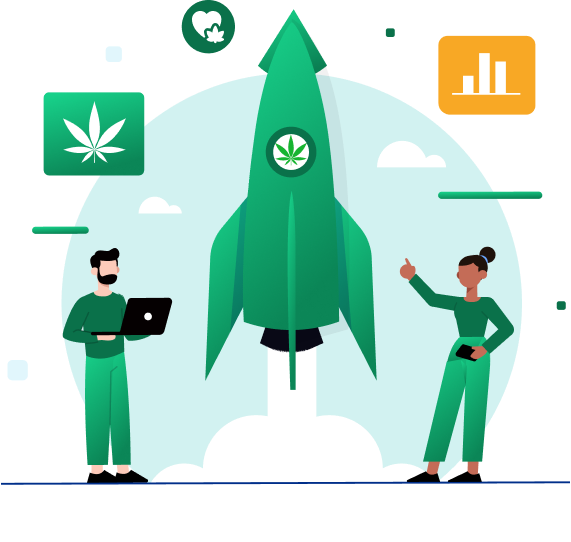 If you want our CBD Advertising Agency team to help you get massive amounts of traffic, just schedule a call.